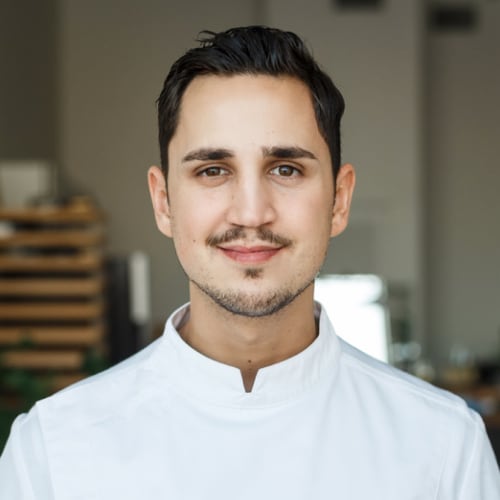 An American in Paris

‍Wild Fish of the day
with french Ratatouille

🥑 Please ask for vegan, gluten-free, and other personalization options.

I will bring everything required to cook but you are responsible for dinnerware and the rest. Don't have enough? Ask for rentals.

The chef will make sure the kitchen is spotless,  all equipment and surfaces are clean.

This chef has worked at enough Michelin-starred restaurants to fill the galaxy! 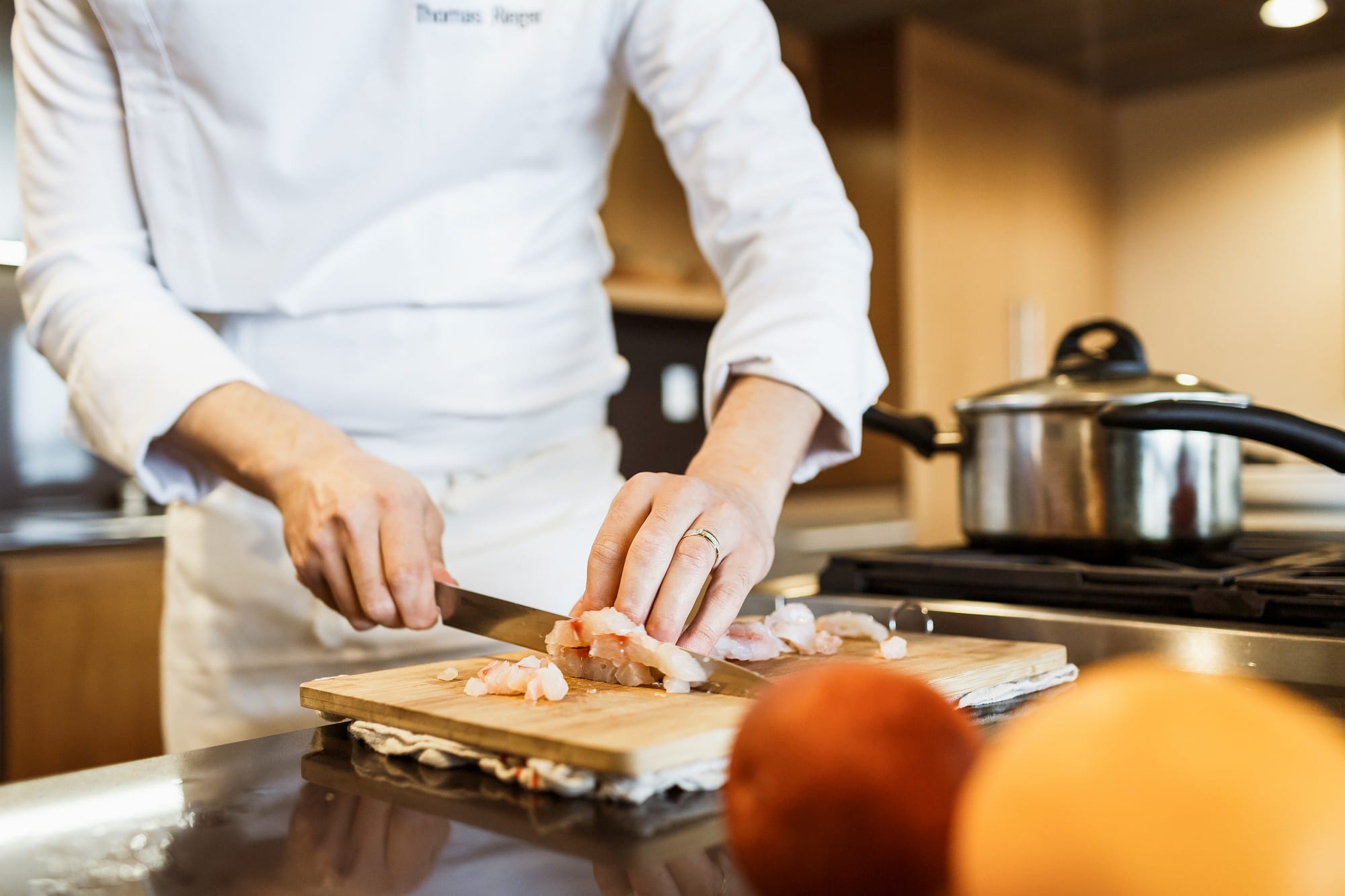 All we can say is, pace yourself because there are not one, but two main courses on this menu, three if you consider that your starter is often considered a main dish on its own!

Chef Thomas opens this selection with a salad Niçoise, a light, refreshing salad of tuna, eggs, and that most delectable of vegetables, haricots verts. It’s the perfect warm-up to his filet mignon, served with Robuchon-style mashed potatoes, a dish named after Joel Robuchon, the late chef who in 1989 was named the “Chef of the Century” by the prestigious Gault Millau restaurant guide. As if that weren’t enough,

Thomas will keep things going with a “Fish of the Day” selection served with a traditional French ratatouille. As a finale, he’ll present a traditional French pear tart or Tart Bourdaloue, a century-old desert created for the still-in-existence La Patisserie Bourdaloue on Paris’s Right Bank. By the time you finish, you might be tempted to call Gault Millau and tell them you know who the chef of this century is!

Tell us a little bit about your event. After we confirm the Chef's availability, we'll get back to you with all the details.

We have received your request and will be in touch soon to share more details.
Oops! Something went wrong while submitting the form.

Just in case, your event will be covered with a million dollar insurance.

Once you are happy with your menu and quote, pay a deposit of 50% to book your chef.

Here is what they said about the chef.

Thomas was always polite, respectful and very professional. We are happy to recommend Chef Thomas at any time anywhere. Our family employed Thomas Rieger as a personal chef. Thomas was in charge of taking care of regular daily meals five days a week. Our family is of three but we each have very different dietary requests. Thomas always made sure to please everyone and go above and beyond for every one of our individual desires and request. We would often have family members and friends join us for dinner and Thomas was open and receptive to this and made sure all guests' dietary requests were also met along with our family's. From time to time we would host small to midsize events at our home and Thomas was fully in charge of these. He cooked for 15 to 30 guests at these hosted events.

We are writing to express our gratitude for a catered dinner provided by Chef Thomas. His staff supervision and culinary talents are impressive. He has a natural ability to plan with a team of parish leaders with grace and professionalism and he was sensitive to the unique needs of our event and executed it flawlessly. He prepared the meal for 16 guests who were all delighted with the epicurean cuisine. We highly recommend Thomas as a valuable addition to any dining experience.

Thomas always does an amazing job!

We employed Thomas as a private chef. During this period Thomas did an amazing job, he was able to take care of our family during the week. He also was able to manage big dinner parties when we invited friends at home. He was even able to manage big receptions for special events like birthday, baby shower. Thomas was always very professional and was able to respond to any special request we asked of him. Even in some last-minute circumstances our total guest count increased, he still made sure the food and service were not compromised. We were sad to see Thomas go but we know he is off to bigger and better things. Again, we highly recommend him.